Skip to content
Home » Hire a car with driver in Beijing » Hire a car to Forbidden city,Temple of heaven & Summer palace

Travelling to new places is intended to be fun and luxurious. However, this always comes with a cost; a cost of time, a cost of money, and a cost of effort. That is where we come in. Our car rental service is made and designed in a very flexible way that can be tailored to your specific needs at every specific moment. You will be driven to the Great Wall while you relax and only wait to arrive.

The Efficient Service
We have a topnotch service with fully licensed drivers that know the ins and outs of China. They will cater to your every need besides just driving. They can help you pay your tickets out and to attend to lunch breaks during your visit whenever you feel it’s necessary.Our vehicles are new. They are equipped with every accessory you would need like air-conditioning, air bags, seat belts, fire extinguishers, and more.

You Get To Save
Unlike the inconveniences you would get from having to look for taxi cabs and incur huge charges, our team would stay with you all day long. If you experience difficulties, you can always call our customer service: 0086-13910694045.You can keep the driver and the car for hours and your rates will be customized to suit you.There are no hidden charges and you get what you see.

You Are Flexible
You can always call for the service at any time, even very early in the morning. You will be taken to wherever it is you want to go, and you can stay there for as long as you feel you want to.You are also able to come with up to 4 friends if you like. This will help you to save on money just as much as it would be more fun.Our driver speaks Chinese and will help you overcome many hurdles in communication during difficulty. You may need to download Chinese basic English cheat sheet to speak with the driver though.

Tariff  (Pls note our price is per car, NOT per person):

As one of the most famous sites to see when visiting Beijing in China, the Forbidden City is a place that would transport just about anyone into the past. It has been named as a UNESCO World Heritage Site in 1987 due to its incomparable beauty, and as the structure and the overall uniqueness of the palace is considered as a major part in history, it has been ensured that the establishment would be well-preserved in the years to come.

The 178-acre Forbidden City, now referred to as the Palace Museum, was considered to be “forbidden” as it was only the emperor who was allowed to roam the location whenever he wished. Should a government official, a member of the imperial family or any other guest express their interest to visit, they should be granted the permission by just the emperor himself and no one else without any exceptions. This rule was applied during the reign of the 24 emperors who lived in the Palace during the Ming and Qing Dynasties, with the tradition starting out in the year 1420.
It was said that the astronomers during the ancient Chinese era believed that at the center of heaven, a certain purple star named Polaris can be seen. That was why as the symbol of being at center of the earth, the Chinese emperor had to live in a Purple Palace to signify the relationship with the heavenly star.
The Forbidden City which has an estimated number of 8,700 rooms is caged by four 10-meter high walls that make up a rectangle. All of these walls have gates to prevent any unauthorized entry or attacks from enemies. It was in 1924 that the last Chinese emperor resided in the Palace, and until then, major renovations are being conducted to preserve the memories of what life had been for the highest official in the Chinese legion.
A visit to China would be incomplete without spending some time at the Forbidden Temple, and seeing the vivid hues that represent the royal family’s colors would definitely brighten up anyone’s day.

The Temple of Heaven refers to an imperial complex mainly of religious structures located in the southeastern region of central Beijing. The Emperors of Qing and Ming dynasties visited the complex where they conducted annual prayers to the Heavens for the abundant harvests. It is termed to as a Taoist temple.

It is not only the most representative but also the largest ever existing masterpiece of China’s ancient religious buildings. It was first established during the Ming Dynasty under Emperor Yongle. The temple would then be rebuilt, developed and expanded by Emperor Jiajing of the Ming Dynasty and Emperor Qianlong of the Qing Empire. The temple was the opened as a park for public visits in 1988. In the temple, ancient history, religion and philosophy are shown. Insights are given on the practices and innovations of the old Eastern civilization due to the cultural connotation and the magnificent architectural design.
In comparison to the Forbidden City, the Temple of Heaven is more extensive as it covers an area of 2,700,000 square meters. Due to reference as the Sons of Heaven,’ the Chinese emperors and leaders would at first build their dwellings which were more massive than the earthly residence for Heaven thus the overall variation in the size of the two structures. The temple is surrounded by an extensive wall. The wall is designed in that the northern side of it depicts the heavens while the southern side of it symbolizes earth. The southern part is, therefore, lower than the north part. This design was mainly adopted to indicate that heaven is high while planet lies low. Additionally, the model was also a reflection of the thoughts of ancient Chinese that earth is square while heaven is round.
Two encircling walls into the interior and towards the exterior parts divide the Temple of Heaven. Its primary structures are built towards the north and south ends of the central axis of the inner region. From the south towards the north, Huangiutan or the Circular Mound Altar, the Imperial Vault of Heaven also called Huangqiongyu and Qiniandian which was the Hall of Prayer for Good Harvest are the most magnificent buildings in the Temple of Heaven. This is definitely a place one would enjoy visiting with their families and friends.

The creation of the Summer Palace came about through the Jin Dynasty emperor Wányán Liàng and the moving of his capital to the area. Since this time, around the mid-1100s, various buildings and gardens have been created with Longevity Hill receiving its name from the Qianlong Emperor who commissioned work on the imperial gardens that sit on the hill in 1749 to commemorate his mother’s 60th birthday.

The area is now a public park, having been opened as such in 1924, and continues to attract an abundance of visitors both from China and the rest of the world.

A number of impressive buildings make up the Summer Palace with many sat on Longevity Hill;Buddhist Virtue Temple . Sea of Wisdom Temple and Dispelling Cloud Hall are just a few. This Palace is divided into three different areas, each consisting of its own individual function. These functions include political and administrative activities, residences, and recreation and sightseeing, making its huge scale more manageable for those who come to the site.

The Summer Palace claimed UNESCO World Heritage List status in 1998 with its masterpiece of Chinese landscape garden design being one of the features to be highly praised by the United Nations. The stark contrast of the imperial gardens with its incredible aspects of natural wonder juxtaposed with some amazing feats of engineering and manmade features make it a place of ‘outstanding aesthetic value’ that will continue to attract many visitors for years to come.

Having been first built in 1750 and suffered immense damage as a result of the war in 1860, the gardens also support a contrast of complete peace and tranquillity as well as a memory of conflict and less prosperous times. For these reasons, the Summer Palace with its Longevity Hill is a fantastic place to visit during a stay in China, whether as part of a tour or by yourself. 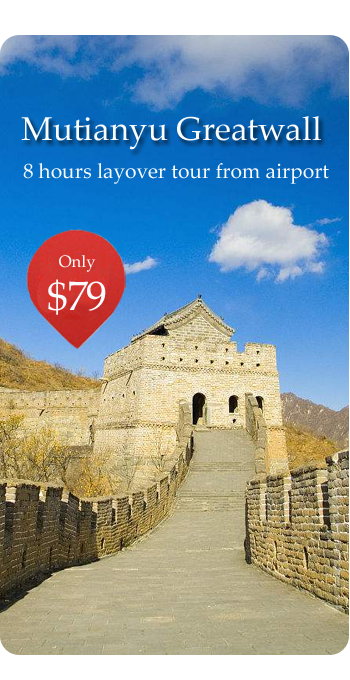