The geographical location of Shanghai Disney Resort found in China is at Chuanshan New Town in the New District of Pudong in the city of Shanghai. To get to the resort there are many appropriate means you can opt to take which includes; use of the public bus, taking a taxi or car rental and by subway. It is upon you to make a logical decision and choose a preferred route to take since there are a couple of real routes leading to the resort. While at the Pudong Airport, Downtown Shanghai and Hongqiao Airport, you can arrive safely at the resort by taking any of the following means and routes.

How to get to Shanghai Disneyland resort from Shanghai Downtown?

The simplest means of getting to Shanghai Disney Resort is through a subway. This involves passing through route 11 which is found between Anting Station in Jiading North and Disney Resort station. The traveling routine starts from early morning up to late in the night and involves regular departures after every few minutes. It is appropriate mostly for new visitors since the route reaches the destination. After arriving at the Disney Station you have to pass through Exit 1 and take a walk to Shanghai Disneyland in Disneytown or Wishing Star Park. A walk may take about ten minutes. You may also opt to take a shuttle which gets directly to the Disney Resort.

Another means of transport is through a Public Bus which involves three routes of which they all reach a transit hub in Disney Resort. If you will prefer Routes 52 and 51 you need to be in the Bus Station between 8.00 am and 10.00pm. if you will prefer route 50, you will have to be at the Bus Station between 8.00am and 10.30pm. once you are at the hub you can take a walk to Shanghai Disneyland or Wishing Star Park, a distance which can take about ten minutes. You may opt to use the Disney Resort Shuttle if you are in a hurry.

Taxi is another means which is the most appropriate for tourists either internal or foreign. This is because it does not necessarily require you to understand the language used there. It is also flexible in that you can get off wherever you want. However, it is such an expensive means.

How to get to Shanghai Disney land resort from Shanghai Pudong Airport?

Tourists who are at the Pudong Airport should not have to worry about how to reach Shanghai Disney Resort since it is just a short distance. Various means of transport can be used to reach the place as outlined below;

1,By Subway and Public Bus

Once you are at the airport go through the subway Line 2 to Chuansha Station. To get to Chuanshan Road Station you will stroll for about 22 meters after exiting the subway through Exit 2. Chuanshan road Station is found along Chuanshan south road. From there take a public Bus 50 which takes you to Beifu Road Station at Guanghua Road. Once you are at Beifu road station you may either take a Disney Resort Shuttle which reaches the resort hotel. You may also opt to walk a distance of about 2 kilometers. Walking requires you to be very vigilant to follow the signs along the road which directs you to Shanghai Disneyland. The approximate time for you to take from Pudong Airport to Shanghai Disney Resort is about 2 hours.

If you are in a hurry, you are advised to take a taxi since it is the fastest and the easiest. Get to any nearest spot from the airport and get a taxi. For convenience, you have to explain to the driver the specific place you are going. The time you require to be at the resort is approximately 40 minutes. Although this is the fastest means it is such costly and costs about RMB 90.

At the airport it is appropriate you take a subway Line 10 to get to Jiao Tong University Station. From here change to Line 11 which leads you to the terminal where you will aboard through Exit 1. You are now near the place but there are two options to get exactly to the place. One is by walking for a distance which can take approximately ten minutes. Another one is by taking the resort shuttle which takes you up to the resort hotel.

This is the most convenient means that takes you about an hour to get to the resort area. Despite this being convenient it is an expensive means that will cost you about RMB 200. 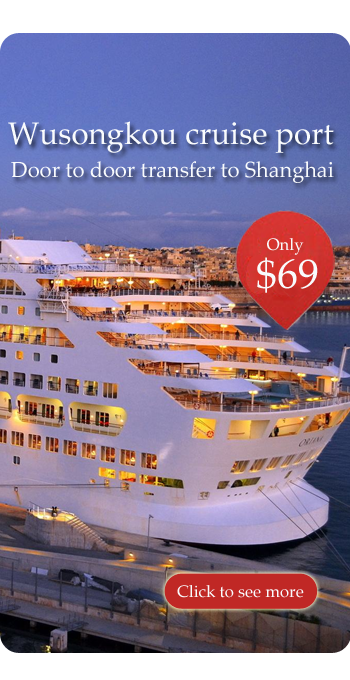