NO.1 When were Terracotta Warriors built?

In 221 B.C., Emperor Qin Shi Huang of the Qin dynasty established the first centralized feudal dynasty in China. After his death, he was buried at the northern foot of Lishan Hill in the east of Lintong County. Qin terracotta warriors have guarded the mausoleum of Qin Shi Huang for 2229 to 2240 years.

NO.2 Why did the mausoleum of Qin Shi Huang and the terracotta warriors build in Lingtong County?

The terracotta warriors pit is one part of the funerary pits. The choose of location at the north foot of Lishan Mountain to buried with his ancestors together, as there was no sufficient space in the west foot of the Lishan mountain for Qin shi Huang to build the mausoleum in such a large scale. What is more, the north foot of Lishan Mountain has a good position, which leads to the good preservation of Qin Shi Huang mausoleum. The mausoleum of Qin Shi Huang locates in the area where alluvial fan formed, enabling the Qin Shi Huang mausoleum to be preserved well with good protection measures taken during the construction periods.

NO.3 The reason why the terracotta warriors preserved well

Terracotta warriors were made with the combination of pottery modeling and sculpturing. The calcination temperature ranges from 950℃ to 1050℃ with 2 to 6 cm surface thickness. Besides the terracotta warriors, archaeologists also found a great number of bronze weapons. Though some wood weapons fail to be preserved, metal weapons are preserved well. Researchers found that metal weapons contain an element of chromium compound, which can be approved by the well-preserved swords.

NO.4 Types of terracotta warriors

NO.5 Weight of Terracotta Warriors

NO.6 Value of Terracotta Warriors

Qin Shi Huang established the first centralized state of China and so became the first emperor of the entire country. Replicating the once invincible troops of the Qin Dynasty, the Terracotta Army was made with the glorious mission of protecting this great emperor in the underworld. He commanded the construction of the grand Terracotta Army to guard him in his afterlife after he ascended the throne. According to the Historical Records, the mausoleum was similar to the Palace he lived in terms of the scenery, landscape, layouts and construction structures. The terracotta warriors are the underground troops to show the divine power of Emperor Qin Shi Huang.
The terracotta warriors are priceless treasures. The UNESCO listed it into the world culture heritage in 1987. It is a precious culture heritage shared by all people with great historical, scientific and art values.

NO.7 Differences between terracotta warriors and western soldiers in the same period

NO.8 Characters on terracotta warriors

Archaeologists have found NO.1, NO.2 and NO.3 pits in the east side of Qin Shi Huang Mausoleum since 1974. There are more than 8000 warriors and horses. During the process of discovery, archaeologists found there are characters carved on the warriors and horses. Characters were carved under arms or on the bottom of the clothes, chests, arms or belly. They were also carved on the hips, neck, belly or tail of horses. The characters were in small seal style or official script. The characters showed the name of places or people.

NO.9 No female terracotta warriors

NO. 10The Figures Used to be Colorful

The figures always appear as grey in color. About 2000 years ago, they were originally painted with black hair, beard, and eyebrows like real persons. Their uniforms were also painted in bright colors, including scarlet, green, black, and purple. The moist environment underground was more suited to the preservation of the paint. Once the figures were excavated, the change of the humidity led to more cracks and warping on the surface, and is the main factor resulting in the fading of the colors. Even so, there are color paintings remained for us to carry out protection project for these color paintings. The color of terracotta warriors reflects the color of battle suits in Qin Dynasty to some degree. 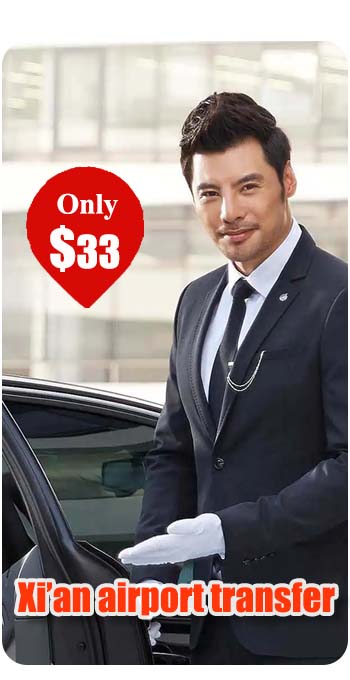